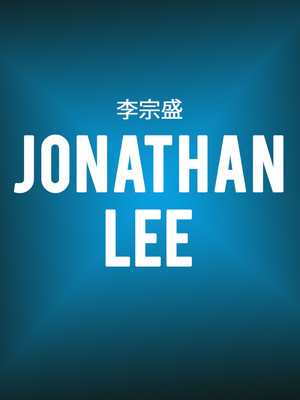 The Godfather of Taiwanese Mandopop

Gently Sing It - Softly Remember It

Jonathan Lee is one of the most well-known producers in Mandopop music. Lee is a Taiwanese singer, songwriter, and record producer; considered by many to be the 'God Father of Taiwanese Mandopop'. Being on the genres top Producers, he's been credited with building Rock Records into one of the most successful independent labels in Asia. Lee's songs and meaningful lyrics have given him an iconic status in the Chinese Music world.

His dominating stage presence, and No.1 hits such as "Dream to Awakening" and "Understanding"; Lee will serenade the audience into euphoric bliss. It's a show that is not to be missed!

Sound good to you? Share this page on social media and let your friends know about Jonathan Lee at Mohegan Sun Arena.