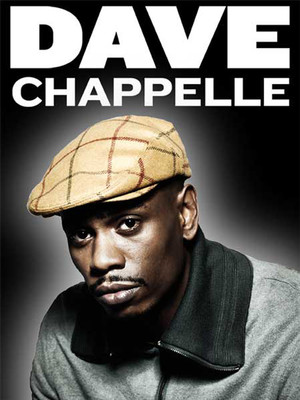 The crowd ate it up, and you could see Chappelle was in his element, puffing cigarettes on a stage and soaking up laughter.

He's Back and Here to Stay!

After a seven-year break from the mic, Dave Chapelle made his long-awaited return to stand-up comedy in 2014, with fresh new material gathered during his absence. Chappelle hasn't slowed down since. With a slew of fresh dates, the King of Improv and Observational Satire is a certified global comedy superstar, following in the footsteps of legends like George Carlin and Richard Pryor.

Chappelle burst onto the Comedy scene in 1991, becoming a household name status with his smash Comedy Central series Chappelle's Show. His 2006 concert film, Dave Chappelle's Block Party, was a chronicle of the spontaneous event in a Brooklyn neighborhood that featured his outrageous comedy and an incredible procession of musical talent.

His jokes are very modern and up to date. Whether it be politics, race... more

That was awesome, Dave made me the butt of his jokes during the whole show... more

Sound good to you? Share this page on social media and let your friends know about Dave Chappelle at Mohegan Sun Arena.